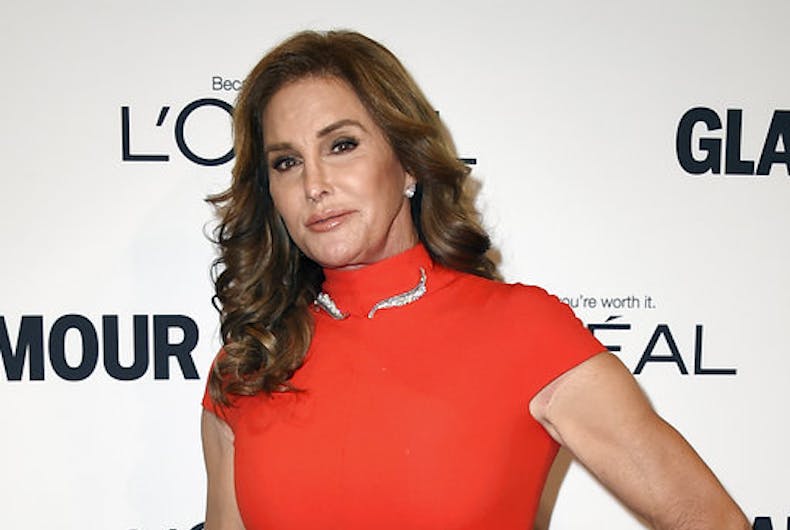 FILE – In this Nov. 14, 2016 file photo, Caitlyn Jenner arrives at the Glamour Women of the Year Awards in Los Angeles. ABC News’ Diane Sawyer will interview Caitlyn Jenner on a “20/20” special scheduled for April 21, 2017, four days before the release of Jenner’s book, “The Secrets of My Life.” (Photo by Jordan Strauss/Invision/AP, File)Photo: Jordan Strauss/Invision/AP

When June approaches, I always like to reflect on the pantheon in our LGBTQ community. However, when it comes to Caitlyn Jenner it is difficult to fathom how she went from icon to outcast.

Is it because she was once part of the over exposed Kardashian clan on their forever running TV reality series “Keeping Up with the Kardashians.

Or, is it her conservative politics on issues that’s antithetical of LGBTQ advocacy?

In 2015 Caitlyn Jenner, formerly known as Bruce Jenner, captured the world’s attention. And this time not as America’s beloved 1976 Olympic gold medal decathlete. Jenner captured the world’s eye, applauses and admiration for her bravery to come out as a trans woman debuting on the July cover of Vanity Fair magazine.

And she looked amazing!

People from around the world applaud her courage. President Obama gave his thumbs up stating, “It takes courage to share your story.”

Laverne Cox, transgender activist and actress first known on the Netflix series Orange is the New Black, but now on CBS’s Doubt, wrote on her Tumblr, “Yes, Caitlyn looks amazing and is beautiful but what I think is most beautiful about her is her heart and soul, the ways she has allowed the world into her vulnerabilities.”

And, MSNBC commentator and trans author Janet Mock gleefully chimed in with her tweet: “Introducing Ms. Caitlyn Jenner on the cover of @Vanity Fair: #CallMeCaitlyn #girls like us.

Many social scientists and LGBTQ activists are trying to sort out if it is, as Cox stated, “girls like us” that has contributed to the name Caitlyn falling in popularity.

According to a recent LGBTQ Nation article “Fewer babies named ‘Caitlyn’ in the year following Jenner’s coming out” the name Caitlyn plummeted the most and rapidly than any other baby name — both male and female. And, all four variations of the spelling have nosedived: Caitlin, Caitlyn, Katelynn and Kaitlynn.

Laura Wattenberg, founder of BabynameWizard.com explained the recent disinterest in the name stating, “Caitlyn was already falling in popularity. Now it is suddenly controversial.” However, I find the decline in the name rooted in transphobia and the sexist notion that nags, stymies and stigmatizes all women, even today, that our “biology is destiny.”

When Jenner launched her docu-series I Am Cait on the E! network the same year she came out viewers got to see for the first time trans visibility. My hope for the show was that Jenner would weave her personal narrative into the larger and more varied canon of stories and struggling realities of trans people. However, the show’s target was a cisgender audience where Jenner showcased, perhaps unwittingly, that her real community was wealthy white Republicans while worrying how the trans community received her.

Jenner’s recent tell-all memoir The Secrets of My Life has pissed off several folks – and her former wife Kris Kardashian was at the front of the line. Today you can purchase the print hardcover version half price and the Kindle version for $4.99. I know because I downloaded it.

To the surprise of many, in the memoir Jenner blames Ellen DeGeneres for “alienating her from the LGBTQ community” by deliberately distorting her comments on same-sex marriage when she appeared on Ellen in 2015.

“I got burnt by Ellen on marriage equality,” Jenner told Andy Cohen during her SiriusXM Town Hall. “I explained my progression. I probably didn’t do it as well as I could have if I’d really thought about it more. All of a sudden, Ellen comes back and says it sounds like you’re really not for it. I said, no I just said I was for it but it was a progression. She went on Howard Stern and upped the ante and Howard goes, ‘I can’t believe Caitlyn’s not for marriage equality.’”

Also, Jenner blames her former spouse for persuading Ellen, stating they both colluded against her because they’re good friends. However, Jenner has done a good job alone distancing herself from the LGBTQ community due to her stance on several LGBTQ issues and her conservative politics.

For example, her praise and overzealous support for then Republican presidential hopeful Ted Cruz, a notoriously anti-LGBTQ politician, was baffling.

“I like Ted Cruz. But I also think, he’s an evangelical Christian, and probably one of the worst ones when it comes to trans issues” Jenner told The Advocate in 2016.

The Democrats are better when it comes to these types of social issues. So why support Republicans? “Number 1, if we don’t have a country, we don’t have trans issues. We need jobs. I want every trans person to have a job,” was her reasoning.

When asked by The Advocate if she would be Cruz’s trans ambassador, Jenner emphatically stated, “Yes, trans ambassador to the president of the United States, so we can say, ‘Ted, love what you’re doing but here’s what’s going on.’”

This past February Jenner spoke out against Trump’s trans bathroom bill that prohibits trans students from using public school restrooms that coincides with their gender identity. And, in a recent April episode of 20/20 Jenner did a follow-up interview with Diane Sawyer reflecting on her coming out since her talk with Sawyer in April 2015.

When Sawyer asked Jenner how did she feel about her political party now with Trump in office, she empathically replied, “You mess with my community, you don’t give us equality and a fair shot, I’m comin’ after you.”

In just two years Jenner has come a long way in understanding more fully the road ahead for her and the trans community.