Since the intentional misreading of the Sodom and Gomorrah story in Genesis 19 in the Bible where the twin cities were supposedly destroyed because of homosexual depravity, the causes of natural disasters always find ways to be placed on the backs of LGBTQ Americans. It has become an easy go-to explanation. And, usually by Bible-thumping religious conservatives, or, in Ann Coulter’s case, a worn out right-wing conservative pundit needing free publicity by any means necessary.

“I don’t believe Hurricane Harvey is God’s punishment for Houston electing a lesbian mayor. But that is more credible than” climate change,” Coulter tweeted.

Darn it, I thought no one knew I had a super power over weather.”

Parker, was the first openly LGBTQ mayor of Houston from 2010 to 2016 and enthusiastically embraced by her citizens.

It continues to amaze me how in the 21st century the debate between “creationism vs evolution” or “God’s will vs climate change” continues when a simple scientific explanation about Houston’s topography – flat and built on marshes making flooding a recurring problem – is all that’s needed.

But the blame game damns a people already suffering and makes scapegoats out of others.

For example, while scientists explained Haiti’s 2010 natural disaster as an earthquake due to a fault between two large tectonic plates – the North American plate to the north and the Caribbean plate to the south – that slowly slide horizontally past each other, televangelist Pat Robertson explained the disaster as “Something [that] happened a long time ago in Haiti, and people might not want to talk about it.”

The “something” that happened a long time ago was an earthquake on the same fault in 1860. And this fault is the same type as the San Andreas Fault in California – a “strike-slip” fault.

But during an interview on the Christian Broadcasting Network the day after the earthquake, Robertson said “Many years ago, the island’s people “swore a pact to the devil. True story. And so, the devil said, ‘OK, it’s a deal.’ They kicked the French out. The Haitians revolted and got themselves free. Ever since, they have been cursed by one thing after the other.”

For example, Katrina slammed into the Gulf Coast just two days before Labor Day weekend in 2005, when New Orleans’s annual queer “Southern Decadence” festival was to begin. While floods are a regular part of life in the lowlands of Louisiana and hurricanes are frequent occurrences all along the coastline, Michael Marcavage, director of the evangelical organization Repent America, called for “a nation in rebellion toward God” to reverse itself, saying, “We believe that God is in control of the weather. The day Bourbon Street and the French Quarter were flooded was the day that 125,000 homosexuals were going to be celebrating sin in the street. We’re calling it an act of God.”

For these conservative religious groups, the flood was a prayer finally answered and a sin finally addressed.

The suffering people endure usually after a natural disaster oftentimes has to do with monumental negligence due to greed versus safety.

For example, during Hurricane Katrina there were at least 50 failures of levees and floodwalls causing 80% of New Orleans and surrounding parishes to flood. In 2009, a federal judge ruling argued that the aftermath of Katrina was a human-made disaster caused by the Army Corps’ failure to maintain the levee system protecting the city.

The aftermath of Hurricane Harvey was, too, a human-made disaster.

Money hungry developers and town officials have allowed development expansion projects that overwhelmed the area’s sewers and streams while ignoring and stressing the city’s wetlands and prairies which absorbs rainwater. Development in low lying, flood prone areas without regard to building codes or future risk in areas of the city where homebuilding has become a major economic engine.

It’s easier to blame a certain demographic group for natural disasters as God’s wrath rather than man’s disregard for one another.

If God really had anything to do with these devastating outcomes from natural disasters, I think God would say address the damn problem and stop blaming me. 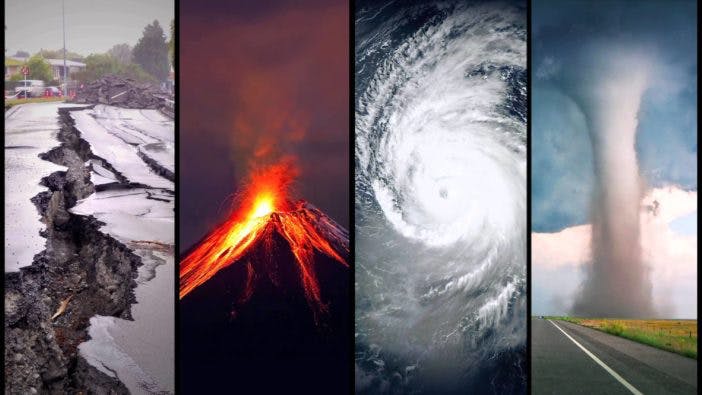 The utter power and strength of the LGBTQ community allows us to control the course and potency of hurricanes, floods, fires, droughts, and pandemics. Thus,… 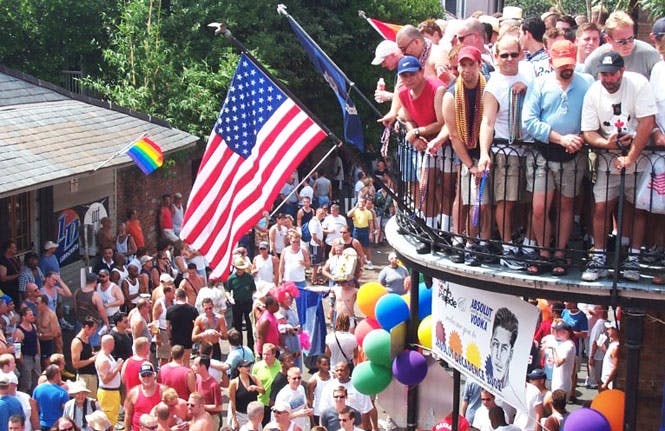 NEW ORLEANS — Thousands of visitors rolled into New Orleans this week for Southern Decadence: five days of celebration of gay culture in a city…

Cancel reply
What’s up with the homosexual tendencies of hurricanes?