A veteran physical education teacher of 20 years faces charges of assaulting a student for refusing to stand for the Pledge of Allegiance at Angevine Middle School in Colorado. Students have the right of standing or sitting for the pledge. School officials have since placed her on administrative leave pending an investigation.

This incident comes in the context of the swirling controversy, flamed by Donald Trump to a “white”-hot intensity, over Colin Kaepernick and the movement he spawned by taking a knee during the National Anthem at NFL games to highlight the deplorable treatment of people of color in our nation – specifically the deadly police actions taken against unarmed men.

The 50 stars and 13 stripes on our flag of red, white, and blue represent a collective image of the United States of America. It symbolizes a beautiful nation founded on a noble concept, a vibrant idea, and a vital and enduring vision, but as a country it remains a work in process progressing toward but not yet attaining that vision.

A true patriot is a person who, indeed, loves their country, but also one who sees the way things are and attempts to make change for the better. A patriot also views other countries with respect and admiration, as valued members of an interconnected and interdependent world community.

By refusing to stand, place one’s hand over one’s heart, remove hats, and pledge one’s allegiance or sing the words of the Star-Spangled Banner, people are raising important questions concerning what it means to be patriotic and an active participant in our democratic process.

During the Vietnam War era, those of us who challenged the war were met with signs and bumper stickers demanding: “America, love it or leave it.” Our response to this was “American, change it or lose it.”

At my first university as a visiting assistant professor, new faculty members were asked to sign an “Amended Oath of Allegiance,” one that, we were told, professors throughout the state were required to sign. The oath read as follows:

Congress established The House Committee on Un-American Activities in 1938 to investigate and eliminate alleged “communists” and “communist supporters” from the country. The Committee first went after the Hollywood film industry, and specifically those who would eventually be called “The Hollywood 10”: a group of prominent screen writers, producers, and directors, most of whom were Jewish. They were continually hounded by the FBI, ordered to “name names,” and threatened with imprisonment.

The “10” refused to cooperate with investigators on charges that they were attempting to overthrow the United States government, and the Committee jailed them for contempt of Congress. History would show that the Committee’s actions were based solely on false rumors and fear mongering. However, the persecutions ruined distinguished careers and destroyed families.

In February 1950, a relatively young and brash U.S. Republican Senator from Wisconsin, Joseph McCarthy, provocatively claimed in a speech in Wheeling, West Virginia that 205 “card-carrying Communists” worked for the U.S. State Department. In part as a response to McCarthy’s allegations, Deputy Undersecretary of State, John Peurifoy, testified at a Senate appropriations committee meeting on February 28, 1950 that several persons had been fired for being “security risks” – including 91 homosexuals.

These disclosures set off a firestorm. Within one month, Republicans in Congress ordered investigations looking into the extent of the “homosexual problem” and the “infiltration of sexual perverts” in government.

For the past 40 years, I have chosen neither to pledge allegiance to any flag or to stand and sing any national anthem, because it amounts to nothing more than hollow gestures. Let us never forget that this nation, this E Pluribus Unum (“from many, one”) came the diversity from the entire world: the traditions, the languages, the cultures, the religions, the belief systems, the totality of the human experience, which must be acknowledged, supported, cherished, valued, and nurtured.

But what ever happened to that grand U.S. vision of a wall separating religion and government, more commonly known as a “separation of church and state,” even though primarily Christian houses of worship take “church” as their titled designation? “Under God” certainly has much more than a religious tinge.

“Indivisible”…yes, possibly in the sense of a commitment to make this “a more perfect union,” but with this experiment we call The United States of America, the democratic process is bound to be messy with divisions and fractures inevitable, but hopefully with mechanisms and systems continually expanding that encourage diversity of thought and identity while maintaining the process of change and progress.

Though defined in many ways depending on the individual, I see “liberty” as individuals’ inherent right to define, to identity, to name themselves, to develop and maintain their sense of agency and subjectivity without others defining or controlling them.

Rather than fearing or attempting to discourage critically thinking, we should fire, in George Orwell’s terms in his classic 1984, the “thought police.” And when we say “justice for all,” we must be certain this is exactly what we mean.

A patriot, after all, sees things the way they are and tries to make them better. 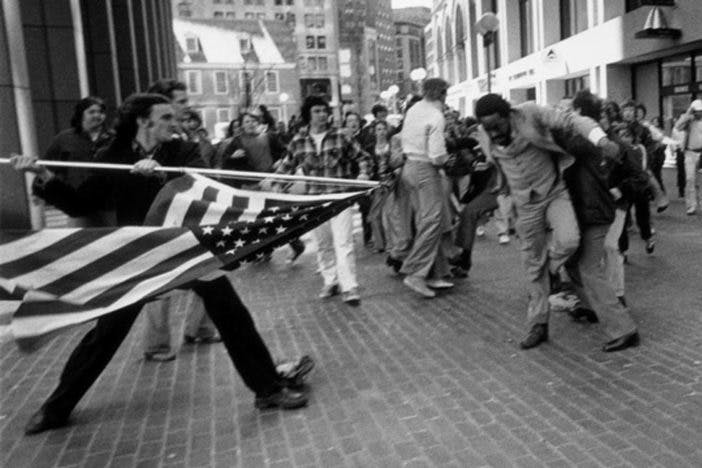 The 50 stars and 13 stripes on our flag of red, white, and blue represent a collective image of the United States of America. Merriam… 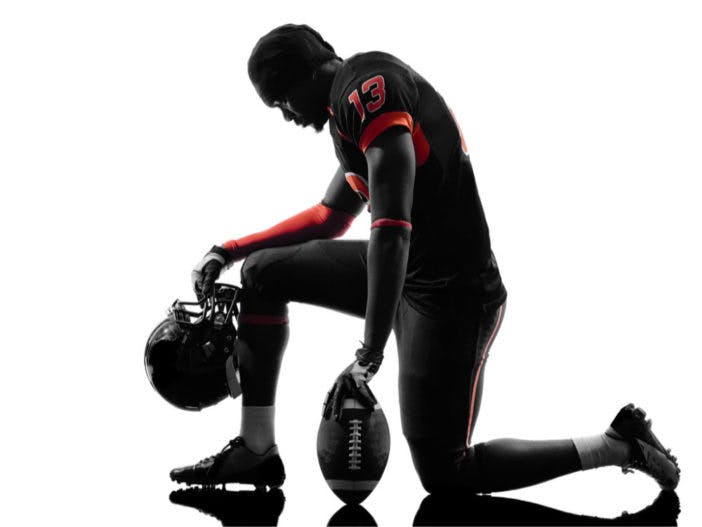 In an apparent Hail Mary pass, the National Football League owners tossed out their new national anthem policy unanimously approved by team “owners,” with one…

Cancel reply
When a teacher assaults a teen who won’t stand for the Pledge of Allegiance, it’s not ‘patriotism’