Blumee is a Jew – he wants you dead – the Jews use the gays – once they’re able they will exterminate the Greeco Roman traditions of the west. it’s the Jew’s Bible that condemns male to male sexuality – wake the fuc k up.

Someone by the screen name “Soldat für Christus” responded with the above to my recent commentary for LGBTQ Nation, “Why I Don’t Pledge My Allegiance to the American Flag.”

Though I gave a first-person account of the many reasons why I have chosen not to place my hand over my heart and robotically recite words to a tri-colored emblem, and I never once referred to my religious and ethnic heritage, this so-called Christian soldier continued:

america is no longer a sovereignty nation it is controlled by the Jews, politically and economic – we’re the Jews bitch…. Only white nations are not allowed to be proud of their country – Multiculturalism is code for White genocide. The Talmudic Jews are completely open about their beliefs and goals. They believe darker races are easier to control and they believe the only way to control free people is to breed them out. Open your eyes people. Look at what’s been happening all over the world. Islam isn’t making U.S.& Eu immigration law.

This comment illustrates a major anti-Jewish stereotype that portrayed Jews as rich and powerful conspirators who aim to control, manipulate, and eventually destroy societies, even though the dominant culture wants Jews to “pass” without detection into the mainstream.

This respondent’s post, though, did not begin and end with me. No, for in their own way, they bashed intersectionality with a warning:

This site [LGBTQ Nation] is worthless to young handsome white gay guys – most of you have cut off your dicks – your so prevented you want the rest us of to kill ourselves off as well.—– A new generation of young proud gay white men has arrived. So screw you old flabby tyrannies and lesbos. the push back is started -You’re done.

Self-described as “gay,” this person chose as a screen icon that appeared to be the picture of a uniformed young white male who resembled a Nazi Storm Trooper under the infamous Ernst Röhm who paved the way for the rise of Adolph Hitler.

Even prior to the era of Trumpian white nationalism, I cannot help but reflect on the psychological studies when I read some of the comments and letters printed in our LGBTQ community and national publications, as well as messages on our chat rooms, blogs, and email lists in which writers engage in vicious personal attacks, name calling, and character assassination of other LGBT people and our allies with whom they disagree. It is as though these writers forget that there are actual human beings on the other end of the computer screen.

When reading the personal attacks against “our own,” I must ask myself, “Have some of us taken on the characteristics of our abusers by perpetuating the abuse? And what role does internalized oppression play in this equation?”

I have talked with several of our national and local LGBTQ leaders who have all related that they have never been attacked in print as viciously by opponents from outside our communities as they have been by people from within our communities. It appears that we are virtually “eating our own.”

I am hearing of university professors, excellent educators, who have dedicated their lives to their students and their scholarship, who are leaving their chosen professions because they are experiencing angry attacks when they assign reading materials or they use terminology within their lectures that students don’t like.

Personally, on nearly every occasion when I post an article or commentary online, or share my educational materials – at no cost – to members of LGBTQ and other communities, though many comments are very supportive, almost every time one or a few people impugn my character and attack my academic rigor.

Though I make it known that I am always open to constructive criticism in terms of making suggested changes, corrections, deletions, and additions when presented to me within an environment of civility, some people feel they have the right and are entitled to attack me because I perceive topics from a different vantage point.

To engage in conversation, discussion, and dialogue entails a level of trust and respect, and involves an honest and open exchange of ideas. Once we digress into personal attacks, innuendo, character assassination, name calling, and calling into question another’s motives, a critical line has been crossed, a line from civil discourse into bullying, and the potential for real education has been lost.

Discussion can advance the development of critical consciousness. This consciousness involves a process in which we first discover the assumptions that guide our decisions, actions, and choices. Then through further reading and discussion, we can check the accuracy of our previously held assumptions by exploring as many different perspectives, viewpoints, and sources as possible. This will then allow us to make better informed decisions that are based on larger bodies of information than we had previously.

When we sink to a base level, however, we do a great disservice not only to ourselves, but also to our communities, and we are bad role models for our young people.

While bullying and harassment have long been problems for students at every level, advanced information and communication technologies bypass, filter, and thus mitigate social cues that act in ways to constrain bullying. At the same time, these information and communication technologies extend abusive and destructive bullying practices to virtually all aspects of a person’s life. Thus, cyberbullying takes bullying to a more destructive and protracted level.

The very nature of social communication technologies, however, establish the conditions that make it possible for users to perform and act in cyberspace in ways they would not ordinarily act in face-to-face interactions. The user experiences reduced or filtered sensual input, often unable to see or hear the person or people on the other end: no facial expressions signaling emotional output, no ability to see or read body language and voice intonations.

This identity destabilization presents several possibilities, for it can allow individuals to relate in genuinely open and honest ways online about themselves that might be frightening offline to discuss in real life personal encounters. On the other hand, with anonymity, the individual can act out hostile or sadistic emotions by abusing others online.

We must, however, take the higher ground.

To view my extensive PowerPoint presentation in two parts on the long history of anti-Jewish oppression press here: Part 1 and Part 2. 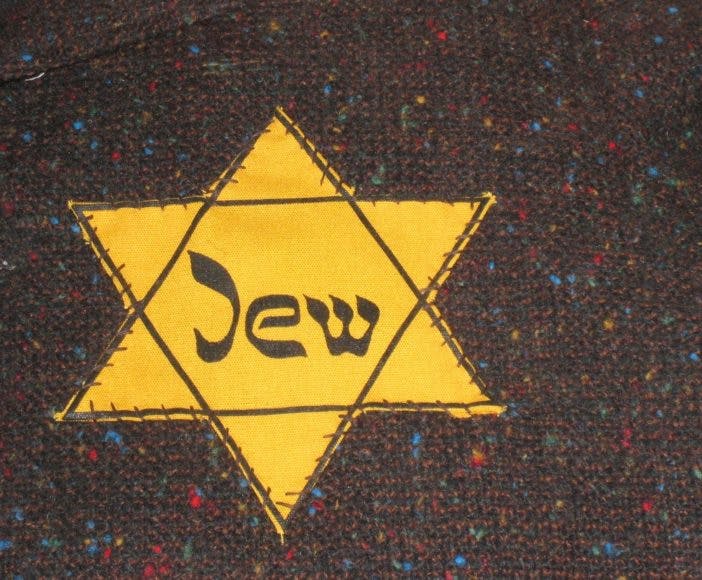 Cancel reply
When cyber-bullying comes from within the LGBTQ community