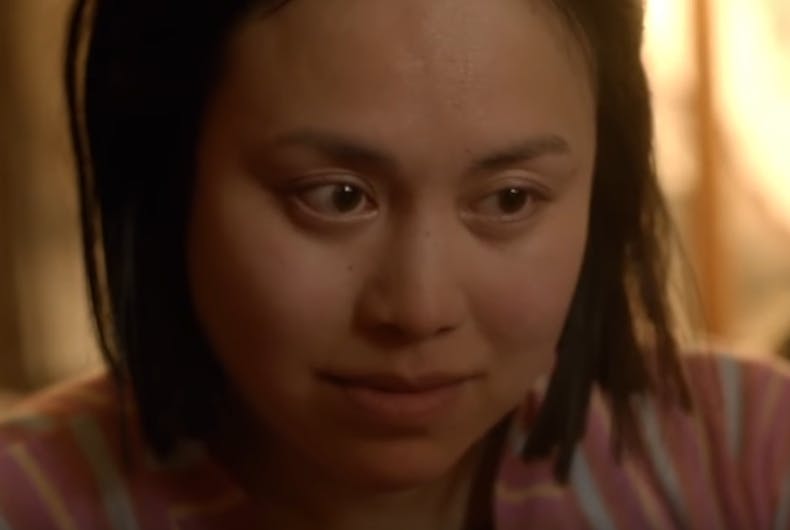 Actress Ivory Aquino plays transgender activist Cecilia Chung in the upcoming ABC miniseries “When We Rise,” about the LGBTQ rights movement, and in a new People Magazine interview just came out as trans herself.

Aquino is in the early stages of her acting career, as before having gender confirmation surgery at the age of 26 she did not feel there was a place for her in that world, despite it being her childhood dream. Instead she pursued singing, drawing inspiration from androgynous performers like David Bowie.

“My outsides finally felt like my insides,” she says of her emotions after surgery. “The first thought that came to mind was, ‘I can act again!’”

Aquino reflected on playing Juliet in The Drilling Company’s Romeo and Juliet in New York City in 2015, saying, “I would look out into the audience every night — I tear up from the love I felt from them. They didn’t know I was transgender and it didn’t matter because they were invested in the story and the character and for me, as an actress, that’s what matters.”

Series creator Dustin Lance Black wasn’t even aware that Aquino was transgender when he watched tape of her audition, despite her telling the casting directors.

She spoke about her transition for the first time publicly at the Television Critics Association conference on Tuesday, saying through tears that she can hardly believe she gets to be a part of the project.

“You spend your whole life dreaming of these things,” she said. “And it’s really humbling when your dreams come true.”

Black, speaking on the panel at the conference, said that the miniseries is being targeted by members of the “alt-right,” a rebranding of white nationalism, but that he believes there is something in it for everyone and that he did not make it to preach to the already converted.

The full interview with Aquino is in the new issue of People, on newsstands Friday.

Watch a trailer for the miniseries in the video below.