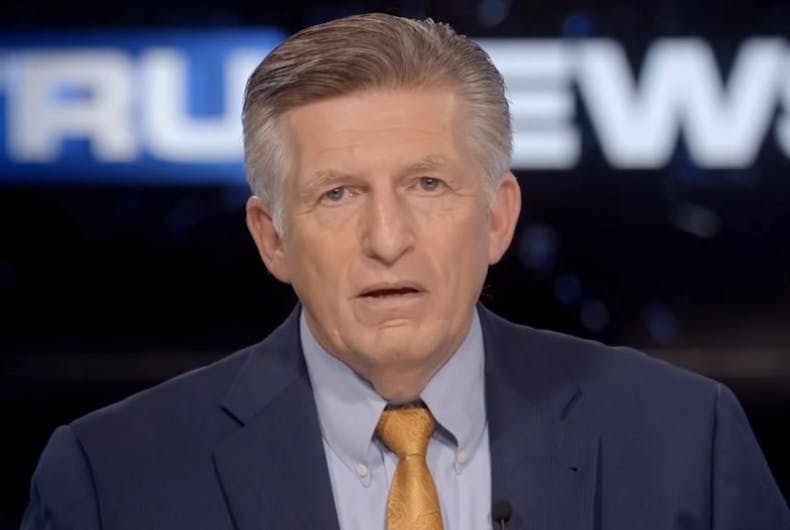 Pastor and pundit Rick Wiles went on a rant where he said that the Wuhan coronavirus outbreak, which has killed over 100 people, is God’s plan “to purge a lot of sin off this planet,” including transgender children and “sexual immorality.”

Wiles is the founder of the far-right conspiracy website TruNews, which hosts his video broadcasts. But despite the site’s extreme anti-Semitism, homophobia, and disregard for facts, the White House gave it press credentials this past week.

While closing his show, Wiles said of the outbreak: “Spirit bears witness that this is a genuine plague that is coming upon the earth, and God is about to purge a lot of sin off this planet.”

He said that plagues are one of the last steps in the Last Judgment, just before war, and that China deserved to be the center of this plague because of its “godless communist government.”

And the U.S. isn’t much better, according to Wiles.

Specifically, this means: “Vile, disgusting people in this country now, transgendering little children, perverting them. Look at the rapes, and the sexual immorality, and the filth on our TVs and our movies.”

“Folks, the Death Angel may be moving right now across the planet,” he said. “This is the time to get right with God.”

“If you are living right for God, if the blood of Jesus Christ is on you, you have no reason to fear this Death Angel. But those of you who are opposing the church of God, mocking God, attacking his servants, you’d better wise up because there is a Death Angel on the loose right now, and you’re going to get an attitude adjustment.”

TruNews was issued credentials from the White House to cover Donald Trump’s trip to the World Economic Forum in Davos, Switzerland last week.

“We want to thank President Trump and the White House for extending the invitation to be here,” Wiles said. “We are honored to be here representing the kingdom of heaven and our king Jesus Christ.”

Also, during a 2018 press conference at the United Nations, Trump took a question from a TruNews journalist. The site has also interviewed Donald Trump Jr.

The White House has not commented on why TruNews has been treated like a real news organization.

In 2014, Wiles said that an Ebola outbreak “could solve America’s problems with atheism, homosexuality, sexual promiscuity, pornography, and abortion.” 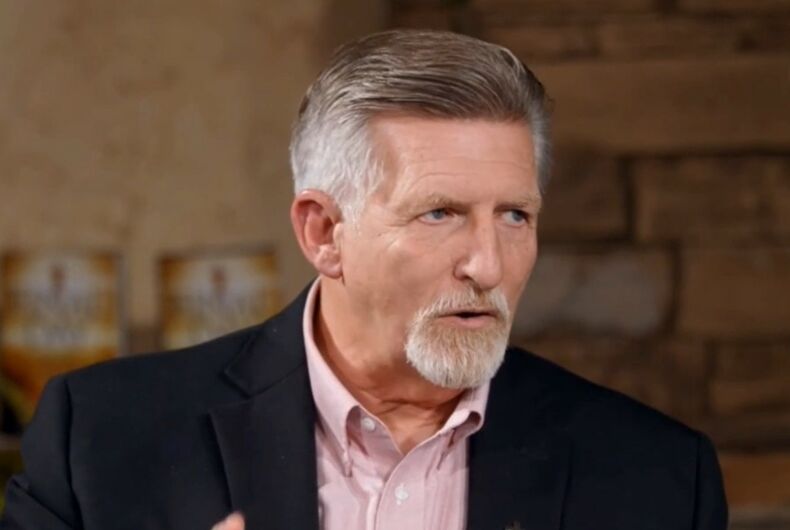 Rick Wiles on TruNewsPhoto: Screenshot/RightWing Watch Far-right pundit Rick Wiles established himself during the pandemic as one of the top Evangelical news sources for hate-based…