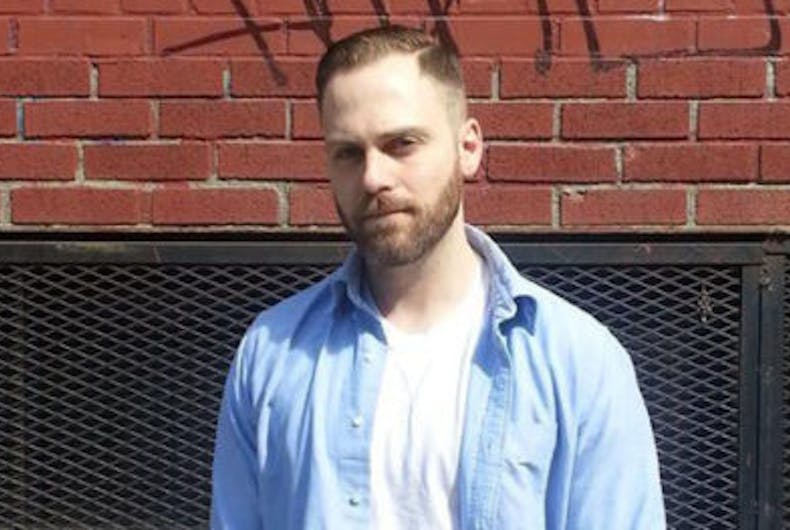 Chadwick Moore is back in the spotlight. You may remember Moore as the former writer for Out magazine, who profiled then right-wing media darling Milo Yiannopoulos and  later claimed the resulting backlash turned him conservative. More recently, Moore claimed that Matthew Shepard’s death was not a hate crime.

This time Moore is in the news for getting kicked out of not one, but two New York City bars. Moore claims he was forced to leave the Williamsburg neighborhood gay bar Metropolitan solely because he’s a conservative and a Donald Trump supporter.

The Metropolitan pushed back via the bar’s Facebook page, saying that they ejected Moore and — in Moore’s own words — his “brother-in-law who’s a straight guy from Alabama and a truck driver” because they’d started a fight at their sister bar Marci Park, and got kicked out before coming to Metropolitan.

Moore claims there was no fight just a “political discussion.” (Which in the Trump era can mean anything from a polite debate to a bar room brawl to a torch-baring mob.) But drag act Alotta McGriddles who witnessed what allegedly went down at Marci Park clapped back via Facebook, saying “The people you were with started a fight at Marci Park and then proceeded to bring that energy to Metropolitan.”

Now, everyone knows that the overwhelming majority of Trump supporters are, following their leader’s example, softspoken and retiring types who wouldn’t dream of looking for a fight with their political opponents.

What? No takers? Well, it was worth a try.

Chances are what Moore euphemistically calls a “political discussion” was probably a more obnoxious exchange that the management of Marci Park deemed a disturbance. Word of his behavior followed Moore to the next bar, and Metropolitan didn’t want a repeat performance in their establishment.

This story is less likely one about political persecution than one about failing to learn a straightforward lesson: You can hold whatever political views you like, just don’t be a jerk about it. And if you support someone whose policies do harm to the LGBT community, don’t expect everyone in the community to thrilled to see you out and about.

Put another way, if no one wants you around, it may not be because of your politics. It may be because you’re an asshole.

Cancel reply
Why are gay conservatives so quick to claim persecution?