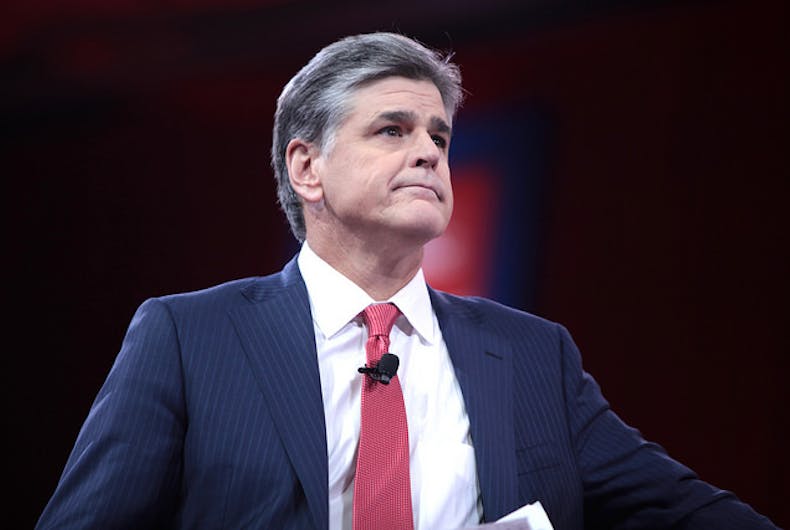 Sean Hannity isn’t exactly renowned for his firm grip on reality. (Early in his career,  he argued that HIV could be transmitted by tears and spit.) But the Fox News host set a new modern record for the bizarre when it came to Barack Obama’s official presidential portrait.

Hannity’s website ran headlong into the embrace of a racist (and bogus) meme that the artist who painted the portrait, Kehinde Wiley, often include images of sperm in his paintings. (Wiley identifies as gay.) The painting included “sexually inappropriate innuendo,” Hannity alleged and included a close up of the offending semen.

The allegation was actually a two-fer: It claimed that Wiley boasted about “killing whitey.”

Of course, none of this was true, and the post eventually came down. Hannity claimed that his staff posted it without his knowledge and that it did not “reflect my voice and message.”

Too bad for Hannity that didn’t occur to anyone until he said so.

Cancel reply
Why did Sean Hannity sexualize Obama’s portrait by a gay artist?