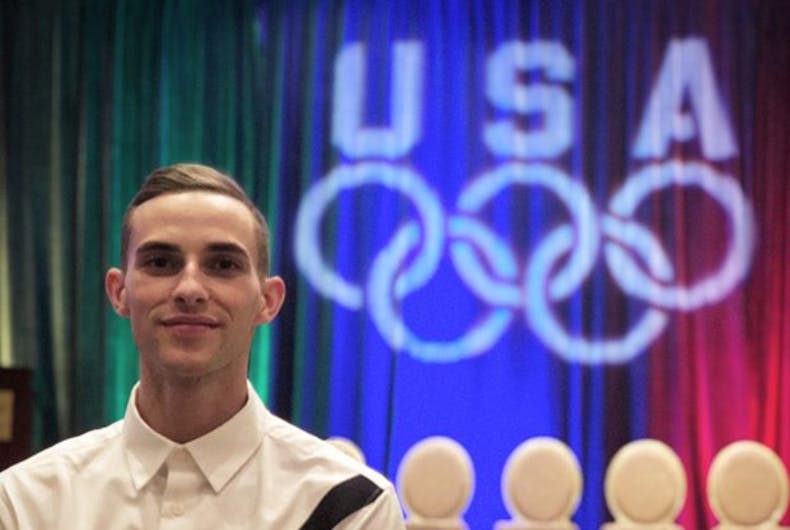 Adam Rippon has had a fabulous, incredible week. Since winning Olympic bronze, he’s earned the right to dub himself “America’s sweetheart,” even though he said it at least partly in jest.

And why shouldn’t we fall in love with him? He’s handsome, can land a glorious triple axle, incredibly articulate and gracefully faced down personal attacks from the second most powerful person in the world, saying he refused to let his Olympic experience be about Mike Pence.

But perhaps the most impressive part is that he accomplished all this without compromising his authentic self, spurning calls from everyone from the veep to Donald Trump Jr. to marketers to tone down his colorful personality.

This, in a nutshell, is Rippon’s true greatness, the contribution he will make to history beyond his skating ability alone. Rather than shy away from questions of identity and politics like most of those in his skates would, he has reveled in them. Which raises a question bigger than about Rippon himself: Whether the skater’s fierce performance on the international stage will rub off on other professional athletes who have no doubt watched him with a combination of envy and dread.

And if players are somehow unmoved by Rippon’s example, they need look no further than his Pyeongchang compatriot, Gus Kenworthy, an equally audacious, articulate gay man who came out in 2015. Kenworthy, also an individual sport athlete, has spoken passionately about how coming out actually made him a better freestyle skier, and that the accompanying media attention was a blessing, not a distraction.

“It presents an amazing opportunity to shed people’s misconceptions and just kind of like break down barriers,” Kenworthy has said.

And while Rippon will likely sign major endorsements after the Winter Olympics, Kenworthy has already inked multiple deals, including a sexy shower scene for Head & Shoulders.

While there have been more than a fair share of gay figure skaters – from Brian Boitano and Johnny Weir to Jorik Hendrickx and Pyeongchang medalist Eric Radford – to this day there is not a single openly gay professional American team sports athlete in the four major male sports leagues which covers close to 5,000 athletes. By any estimate, several hundred are gay – and thus closeted.

To be sure, figure skating is an individual sport that has long encouraged creativity and free speech. American team sports, by contrast, value conformity, outdated concepts of masculinity and, at least until football players started taking a knee during the national anthem to protest racial injustice, a refusal to address larger social and political issues facing the nation for fear of losing endorsements and enduring the wrath of conservative fans.

Retired NFL lineman Esera Tuaolo has tackled the notion that integrating pro team sports requires major athletes to come out on their own, calling it a “fetish” in an interview with Queerty.

Players still can’t come out because the way we (and not just the NFL) have been approaching LGBT issues has been too limited. There seems to be this weird fetish to have players come out and alone fix the discrimination by being ‘the good gay player,’ while the rest of the world watches them take flack from the sidelines and cheers them on. There’s also a fetish over explicit homophobia, as if using gay slurs or considering a player’s sexuality in decision-making is the start and end of the conversation. So when a player is considering coming out, they fear that the result will just be a push out of the league couched in unaddressed implicit homophobia–like when a team says it won’t sign a gay or bisexual player because it “doesn’t want the media attention as a distraction” even though it signed players in the headlines for beating women–without a solid infrastructure for support in and out of the NFL.

Tualo, who came out in 2004 after a decade in the football trenches, makes a good point. We need to demand that the four pro leagues create a safe space for players to be themselves, free from worry of homophobic hecklers and punishing coaches.

But at the same time, there is still room for historic figures who can rise above those concerns and revel in the joy of just being themselves, bringing the hearts and minds of a nation along with them. Adam Rippon is showing the way forward. 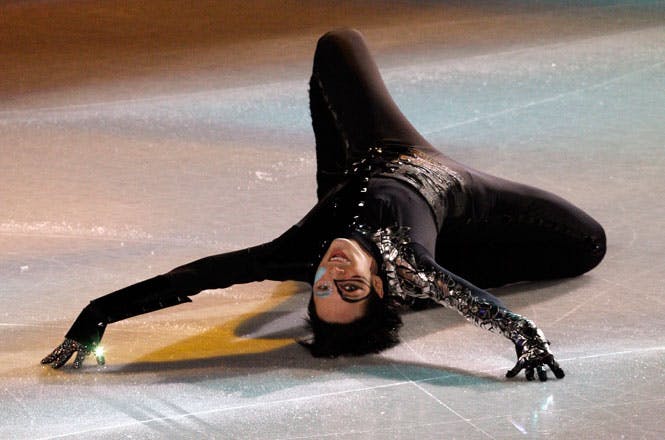 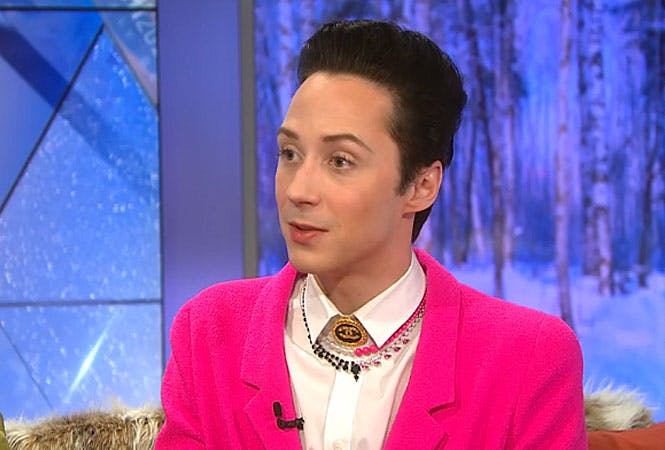 NBCJohnny Weir at the Winter Olympics in Sochi, Russia SOCHI, Russia — He promised himself something the first time he ever laced up a pair…