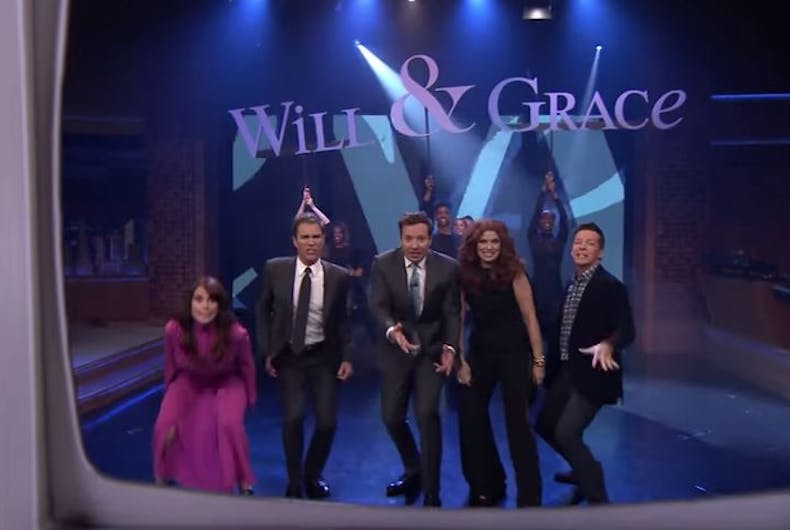 Jimmy Fallon joins the cast of “Will & Grace” in a first ever performance of the theme song with lyrics.Photo: YouTube/The Tonight Show

Have you heard, Will & Grace is returning to the air!

Okay, of course you have, but here’s something we know you haven’t heard before: The theme song complete with lyrics.

Eric McCormack, Debra Messing, Megan Mullally, and Sean Hayes paid a visit to The Tonight Show to sing the newly penned words to the iconic, piano-heavy instrumental theme, with an assist from host Jimmy Fallon.

Unfortunately, the lyrics are all pretty lame, focusing largely on just letting you know they’re back, and filling you in on just who exactly they are in the first place. To be fair, it has been over a decade since it was on the air.

The highlight is at the start, where dancers with placards do a fantastic job of recreating the imagery of the show’s opening.

After their song and dance was complete, the cast headed over to the couch for an interview, where things got more interesting.

After Fallon remarked that it seems the group of actors really do get along well after all these years, McCormack shared a story of how a seminar on how to behave in the workplace ended up with Hayes standing up with his pants and underwear around his ankles.

Watch the full interview below.

Will & Grace returns on September 28 on NBC. Let us know in the comments if you plan to watch. 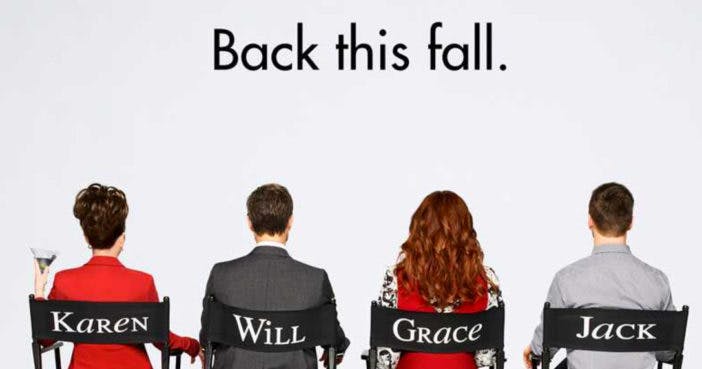 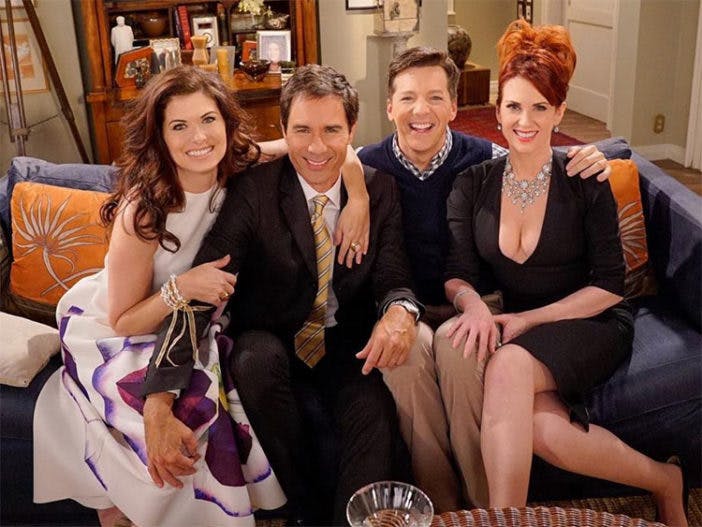 As Jack would say, there is indeed Big news for fans of TV’s Will & Grace. via GIPHY The four main stars — Eric McCormack, Debra… 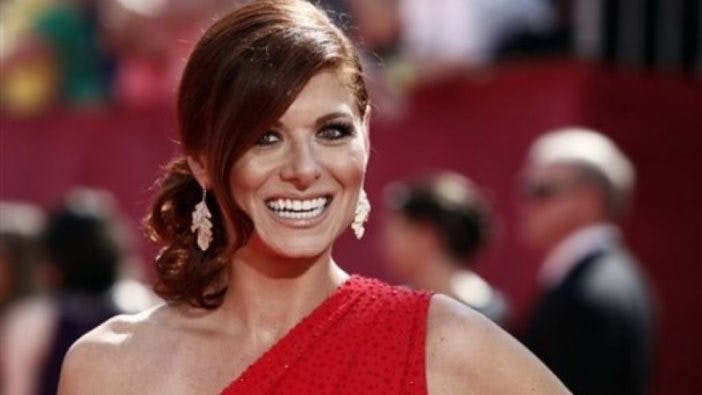 Debra MessingPhoto: AP Photo Debra Messing is feuding with Susan Sarandon again on Twitter as the two celebrities argue over an interview Sarandon gave to…