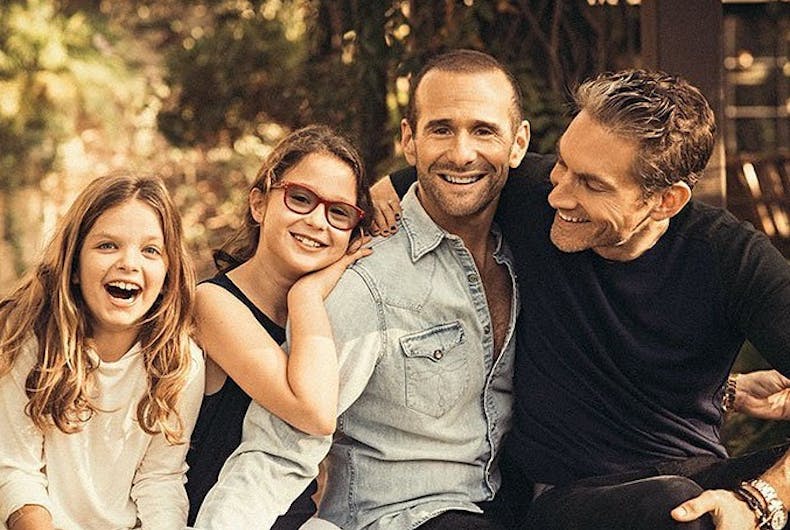 Max Mutchnick, the producer and writer who’s behind Will & Grace, donated a children’s book about gay bunnies to every elementary school in Indiana.

Mutchnick sent a copy of A Day in the Life of Marlon Bundo to all 1121 public elementary school in Mike Pence’s home state.

Last Week Tonight host John Oliver released the book last week, a day before the Pence family’s book A Day in the Life of Marlon Bundo was released.

The Pences’ book is about their family’s bunny, Marlon Bundo, and he’s not gay in that book. In Oliver’s more successful book, also about Marlon, the bunny falls in love with another boy bunny and faces intolerance from a stink bug who looks a lot like Mike Pence.

“My grammar school library was something I always remembered as a safe haven,” Mutchnick wrote in a letter that was sent along with the books. “Books allow children to dream and hope, but you know that already.”

Mutchnick, who is not from Indiana, said he bought the book for his daughters and thought the story was “poignant.” He was inspired to send the book to schools in Indiana because of Pence’s history of anti-LGBT attitudes.

“Mike Pence has had an enormous platform in Indiana, and as it relates to gay people, he’s used it to spread a message of intolerance,” he said on Instagram. “By donating these books, I hope to counter those efforts and provide positive role models and a story of inclusion for children in Pence’s home state.

“If this book can help one boy or girl in Indiana love and accept who they are, I know both Marlon Bundos would be proud — even though one of them is on the down-low.” 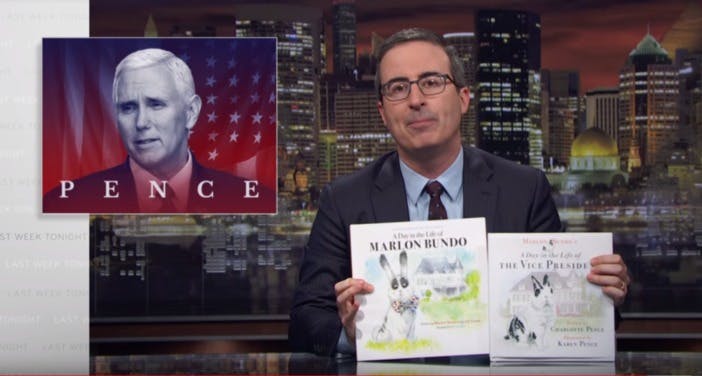 John Oliver holds up his book, alongside the one he’s spoofing, by Karen and Charlotte Pence Photo: Screenshot/HBO As we reported yesterday, John Oliver trolled…