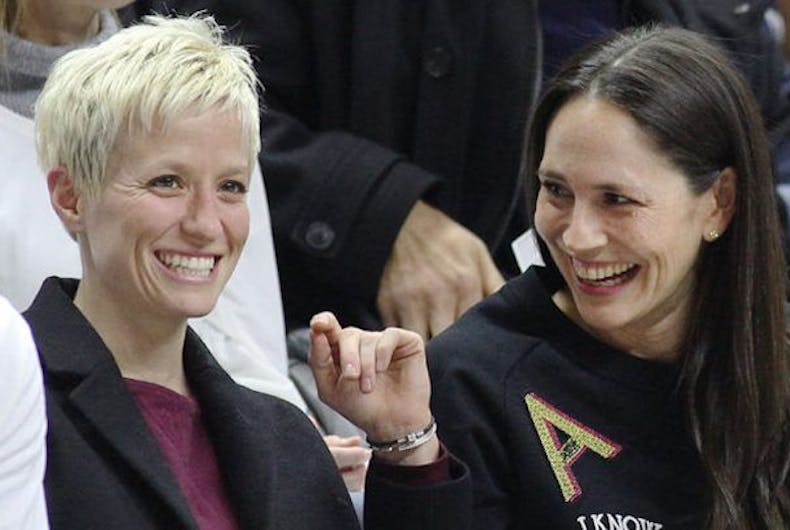 Sue Bird (R) has come out and announced that she is in a relationship with soccer star Megan Rapinoe. Photo: Associated Press

Basketball star Sue Bird has officially come out as a lesbian and revealed that she is dating U.S. soccer star Megan Rapinoe.

“I’m gay. Megan’s my girlfriend…These aren’t secrets to people who know me,” Bird, who plays point guard for the Seattle Storm, told espnW magazine. “I don’t feel like I’ve not lived my life. I think people have this assumption that if you’re not talking about it, you must be hiding it, like it’s this secret. That was never the case for me.”

Bird told the magazine that she has known she was gay since college, and that she had already come out to friends and family. She said she considered coming out publicly before, such as during the 2016 Olympics. Bird has won four Olympic gold medals with Team USA.

Related: Soccer star Megan Rapinoe writes a letter to her 13-year-old self

She was filling out a questionnaire for a magazine before the games in Rio, “25 things you didn’t know about Olympians.”

She was also tempted to come out when she heard one of her Team USA teammates, Elena Delle Donne, who came out last year, speaking openly and casually about being gay with a reporter.

“It’s happening when it’s happening because that’s what feels right,” Bird added. “So even though I understand there are people who think I should have done it sooner, it wasn’t right for me at the time. I have to be true to that. It’s my journey.”

While Bird called Rapinoe her go-to person for advice, she said it isn’t because of her that she is coming out now.

“This has been something I’ve been on the verge of doing for a long time,” she said. 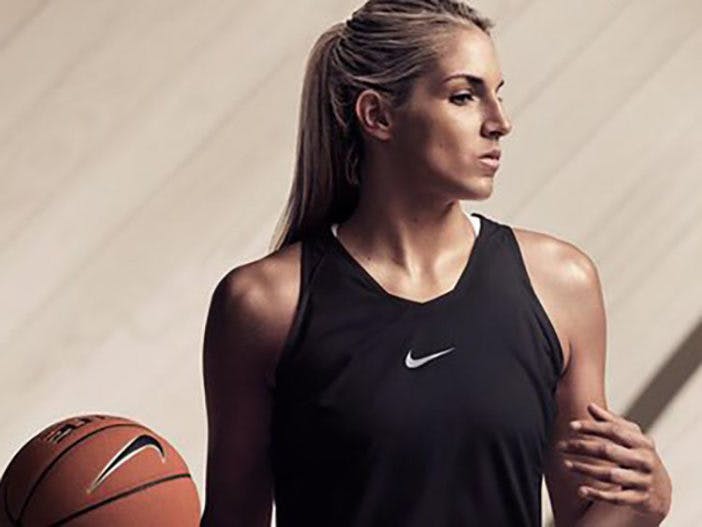 Elena Delle Donne already had the eyes of the world on her, as she joins Team USA in Rio de Janeiro. She’s 26, 6-foot-5-inches tall,… 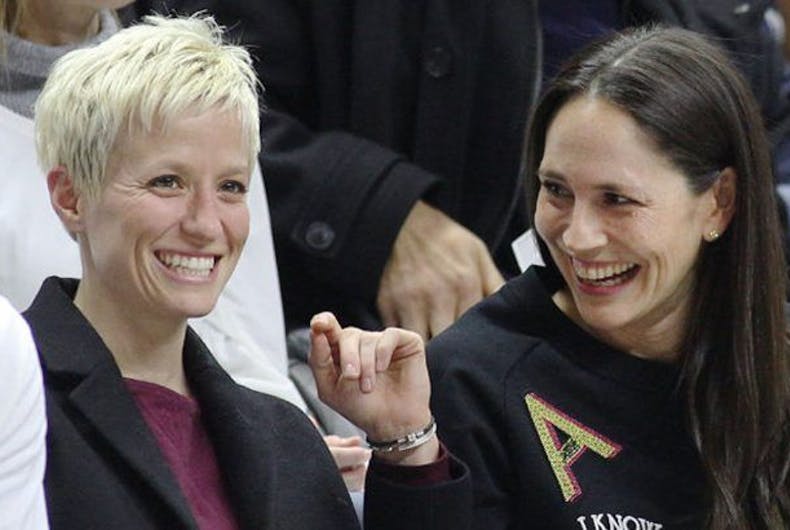 Sue Bird (right) has come out and announced that she is in a relationship with soccer star Megan Rapinoe. Photo: Associated Press If you haven’t…