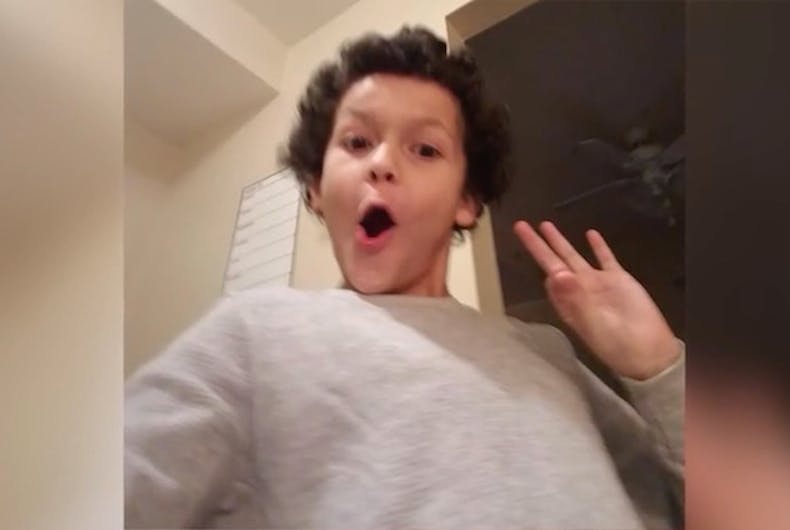 Jamel Myles was 9 when he came out at school. He died by suicide after his mother said that he was bullied at school.Photo: Facebook

Yesterday, the story of Jamel Myles, a 9-year-old who died by suicide after he came out to his fourth-grade class, was reported by many media outlets.

On story after story, comments appeared questioning whether a 9-year-old could even identify as gay at all.

“I don’t understand how a sexually immature child was in any way encouraged to express this preference,” wrote “Margo” on a New York Times story.

One would think that people who live in a culture that adores stories about “puppy love” – when it’s heterosexual – would understand that kids on the cusp of puberty can have romantic feelings.

If a 9-year-old boy has a crush on a girl his age, no one tells him he’s too young to experience that feeling. But if he has a crush on a boy? Suddenly people ask how it’s even possible for a prepubescent child to feel romantic attractions.

Sexual attraction, though, is an early part of growing up. On average, people develop “stable and memorable attraction toward others” by the age of ten, according to a paper by professors Gilbert Herdt and Martha McClintock.

While young gay and bisexual people might experience attraction to people of the same sex at that age, though, that’s not the same thing as coming out to others.

It may take years for someone to understand their feelings of attraction as a sexual orientation, especially if they’re queer and living in a society that tells them that there’s something profoundly unusual and wrong with love between two boys or two girls.

And after understanding that they’re LGB themselves, it can take even longer before they feel safe enough to tell others. They’re completely dependent on others for sustenance, they have few options if their peers don’t accept them, and they’re small enough to be easy targets for violence.

Which is probably why it’s unusual for a 9-year-old to come out. By that age, kids have already heard words like “faggot” and expressions like “that’s so gay” enough to believe that there’s something wrong with being gay or bi, and many of them have been expressly told that being attracted to members of the same-sex is sinful and disordered.

And even if they somehow managed to avoid absorbing that hate and acknowledge their feelings right away, they still might not feel safe telling others. As Jamel’s story shows, 9-year-olds are already able to police other people’s sexual identities by bullying queer kids.

So perhaps instead of asking how 9-year-olds can possibly know they’re gay, we should be asking why they’re already homophobic at that age. Because that is definitely learned behavior that they’re picking up from the adults around them.

Cancel reply
Yes, a 9-year-old can know they are gay